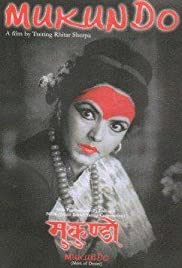 Mukundo, Mask of Desire is a landmark movie released in 2000. Directed by Tsering Rhitar Sherpa, the movie starred Garui Malla & Mithila Sharma two of the best actress from Nepali cinema then. There are only handful of offbeat movies in Nepali cinema, Mukundo is first of them.

Inspired by a true incident, Mukundo is the story about a couple whose life turns upside down after seeking guidance from a Nepalese spiritual healer after the death of their baby boy.

“Mask of Desire” revels in exotic Nepali traditions and ceremonies. What happens when a women is stuck in dilemma of her desires and her shamanic obligations ? It is the myth-like quality of Mukundo, and the universal noble element in Gita the jhankrini ‘s drama, that allows you to project onto her the dilemma of all women torn between society’s constraints and their own human sexuality.