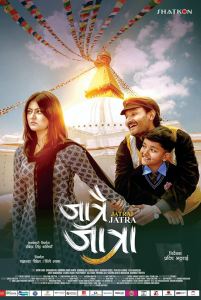 Each year goes by, new people come in the industry some able to make a mark with the first movie itself like Anmol, Samragyee, Paul, etc, others fade away not to be seen in any more movies. Even the people who make the mark these days is not because of  their performance or good choice of the script, but due to their viral campaign and their looks. Nepali cinema industry post ‘Rajesh Hamal‘ era seems to be reeling into ‘Style without Substance‘ phase. Definitely technical advancement is better for the overall movie experience, but its just one of the aspect of the movie. Better camera does not always guarantee, better cinematography. Also better cinematography doesn’t mean better movie. Good Himalayan locales or lakes on screen must always be justified with much better script. If your script is half baked or mediocre, no matter how good is the director or technical crew, it won’t translate  into  good cinema.

The makers fascination to add item songs, is another problem in the movies these days.  The perverts are just section of the Nepali cinema watching audience not everyone likes to have experience of dance bar inside the theater. The recent example being adding Sunny Leone for an item song in the movie Password by paying hefty amount. Adding ‘Sunny Leone’ doesn’t guarantee success.

Hardly, 8 -10 movies make money or does above average business in box office Nepali Cinema. Out those 8-10 movies,  we  find 2-3 movies , which is worth a watch with good tight script. The lack of good script writer and producers rushing for half baked script is major reason of poor cinema. The markers don’t pay enough to the script writer nor do they give the writers enough time to churn out better story. If one genre of movie works, then it becomes template for all other makers, they force writers to write similar kind of movies.  Then as usual, writer starts borrowing scenes from Bollywood, South Indian or Korean movies.

Apart from script there lies huge problem with this generation actors. Its hard to find actors like Dayahang or Bipin in new lot of actors or actress like ‘Niruta‘ or ‘Garima‘ who can not just look good for camera but act much better than their looks. Even before release of their first movies, these actors who don’t know much of acting starts behaving like Stars. Guarding oneself with body guards, wearing branded international outfits brings in stardom for them. Actually its the act, which makes any actor a star. Instead of focusing upon acting skill, dialogue delivery or dancing skills, they focus more upon their body, their outfit, hair and makeup in their movies.

Another major problem, the industry is reeling under is exorbitant fees the major stars are demanding for the movies.   Anmol K.C. is demanding around  40 – 50 Lakhs per movie, Pradeep Khadka asking above 25 Lakhs and  Samragyee quoting 15 Lakhs per movie has caused rise in overall movie budget. This generation actors has lot to learn from superstars like Rajesh Hamal , who never charged such fees even during  his prime.
Those days actors understood the economics of movie making, unless a producer is making any money, no one will make movie. Thats one of the major reason of huge influx of movies during late 90s and early 2000s. High remuneration by cast severely impacts the overall movie making process, as producers start cutting corners during production which ultimately harms everyone involved in the movie, including the actors who hiked their price.

As long as these problems persists, Nepali movie industry will struggle for any growth or even existence. There are many movies which gets started but gets stopped  in middle due to above problems. Cinema is a team effort when everybody gives their best then definitely we will get good cinema. It is also good amalgamation of art and commerce, so the makers must keep balance of both.