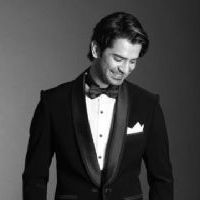 He spent seven years working in a telecom BPO before he changed gears and became a model. Life changed overnight for Barun after he debuted in the role of the male lead in the afternoon show, Shraddha. But it was not until he landed upon the role of Arnav Singh Raizada (ASR) in Iss Pyaar Ko Kya Naam Doon?, he become overnight sensation and Telly Superstar.

He is also recognized for playing the lead male character, Shravan Jaiswal, in the Sony TV's serial Baat Hamari Pakki Hai. His performance and onscreen chemistry with co-star Sanaya Irani has won him numerous awards, critical fame and has garnered him a household name. Today, Sobti is often referred to as "The Golden Boy of Indian Television." He has also hosted the 2011 Star Parivaar Awards and performed in the Star Parivaar Live Concert 2012 in Birmingham, UK.

Sobti's first Bollywood film Main Aur Mr. Riight released in early 2015. After the ending of Iss Pyaar Ko Kya Naam Doon?, Sobti has signed his second film, with the tentative title, 22 yards. Directed by Mitali Ghoshal, it is said to be based on the hidden and often overlooked conspiracies of the cricket world. Shooting for the film is said to begin in September. Despite so much popularity in TellyDuniya, Sobti first outing was a washout both critically and commercially.