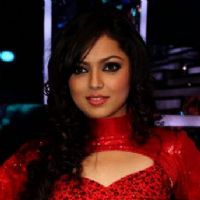 Drashti Dhami debuted as Dr. Muskaan Chadda in Dill Mill Gayye. She got her big break with STAR One's Geet - Hui Sabse Parayi, launched on the 5th April 2010, where she plays the protagonist of the show, opposite Gurmeet Choudhary. The role brought her both recognition and popularity. Since May 2012 she is seen as Madhubala aka Madhu in Madhubala - Ek Ishq Ek Junoon opposite Vivian Dsena on Colors TV.

In 2011, She Won The Most Celebrated Jodi with Gurmeet Choudhary, at Zee Gold Awards