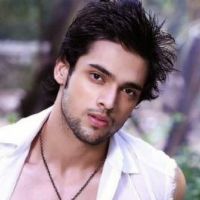 After playing short roles in various shows like Gumrah, Savadhaan India, MTV Webbed, etc he got his first major break with Channel V's Best Friends Forever. His role was well received. Post his exit from the show in March 2013, he started playing guest roles in youth shows like UTV Bindass's Yeh Hai Aashiqui, and Zing's Pyaar Tune Kya Kiya for a episode or two. It was his bad boy character Manik Malhotra in MTV India's coming of age youth show Kaisi Yeh Yaariyan which made him an overnight star in TellyDuniya. The show is one of the top 10 shows being watched in India by school & college audience. It's popularity is being matched with sitcom's like Big Bang Theory & thriller drama Game of Thrones.

Parth was born in Mumbai and did his early schooling New Era High School, Panchgani. He did short acting course before entering into TellyDuniya. It was during his acting training he did a short film titled The Last Bet, which is popular in Youtube. He has also appeared in various commercials like Close Up & Lauren Gottleib