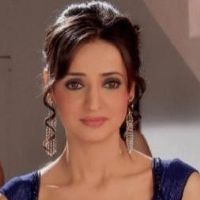 Barun and Sanaya's popularity during their show IPKKND was immense. The couple's chemistry was loved by the audience, who later didn't want him to be replaced with any other actor when he quit the show. In fact, there was immense pressure on Chhanchhan's team to recreate the magic of Barun-Sanaya's chemistry. But her stint in Chhanchan couldn't last long and the show got off air. Following Chhanchan she did pivotial role in Rangrasiya a popular show in Colors TV. She got immense recognition for her role in Rangrasiya in most Telly Awards.

She had breif stint in Bollywood playing as Kajol's friend in Faana but nothing big happened later that. So she came back to small screen and had hits like Miley Jam Hum Tum, IPKKND, Chhanchan and Rangrasiya. After Rangrasiya, she is gearing up for her new serial whose pilot will be airing soon. She is paired with Vivian Dsena, the superstar of Tellyworld.