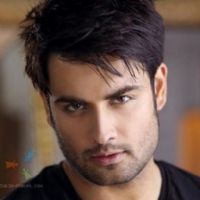 Vivian Dsena is an Indian model, actor, and voice actor. He is best known for playing the role of Abhay Raichand in the youth-based supernatural show Pyaar Kii Ye Ek Kahaani and Superstar RK in Madhubala - Ek Ishq Ek Junoon.

Born to a Christian father and Hindu mother in 1988, Dsena attended Lokmanya Tilak High School. His parents are Shyamlata and Duncan Dsena. He graduated in engineering. In January 2013, Dsena married fellow TV actor Vahbbiz Dorabjee. Since May 2012. Dsena has been cast alongside Drashti Dhami Colors in the show Madhubala-Ek Ishq Ek Junoon which is a tribute to 100 years of cinema. He plays the role of Superstar Rishabh Kundra aka RK in the show.

He was born to Hindu mother & Christian father he is mix of Indian and Porteguese origin. He did his schooling from Millitary school, followed by B. Tech in Mech. Engineering. From his schooling days he was into football and you will be surprised to know he is national level football player. He has participated in All India Football tournament. He is big fan of Christiano Ronaldo. Not just sports he is big fan of Bollywood too since his early childhood days, he is huge fan of Rekhaji and Salman Khan.

Despite his superstar image on screen he lives a modest life. He loves to still eat curd and rice. He is today happily married to Vabis and considers her his lucky mascot.